Our mission is to award scholarships to nurses today as a living memorial to nurses who served..

The Nurses Memorial Centre is a ‘living memorial’ to the heroism and sacrifice of the 77 Australian nurses who died in World War Two or survived years in prisoner-of-war camps during that time.

A Vision becomes A Reality

Upon their return home after 3 ½ years of captivity, Betty Jeffrey (right) and Vivian Bullwinkel (left), with the support of colleagues Wilma Oram-Young, Colonel Annie Sage, Edith Hughes-Jones, and others, toured around Victoria in a little Austin car to raise funds for the establishment of the centre. They visited every hospital in Victoria with more than 20 beds to explain to their nursing colleagues how they hoped to make their vision of a living memorial a reality. A living memorial was not just to remember the passing of the fallen nurses but continue the ongoing professional development of nurses through education. A variety of fundraising activities was undertaken to raise the money needed, and this was the most successful appeal ever held in Victoria at the time.

People of the ANMC - Past and Present 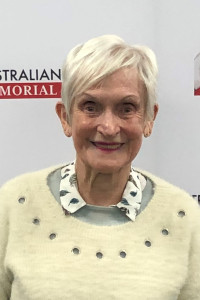 I undertook my basic nursing training at the Melbourne School of Nursing, which prefigured the shift to College/University based nursing education in a number of important ways. In this visionary and, sadly, short lived experiment in nursing education, we “belonged” to the School rather than to a specific training hospital and undertook our clinical placements at a number of affiliated hospitals. While we were paid employees rather than supernumerary students, our Dean and nursing educators wanted to ensure that through our exposure to the differing cultures, rituals and conventional nursing practices of the participating hospitals, we truly understood the importance of drawing upon principles rather than habitual routines in our nursing care.

I worked as an RN at Royal Melbourne Hospital for a few years, and later, with four small children, I worked part-time in a number of clinical settings. I wanted to gain a more coherent understanding of the vulnerability and suffering I had encountered in nursing and I enrolled part-time in an Arts degree at Monash in 1969. I was continuously enrolled at Monash for over ten years, undertaking an honours degree and a PhD which was on the topic of the structural, cultural and individual impact of a terminal cancer diagnosis upon patients.

By the time I was appointed as a lecturer at Lincoln Institute of Health Sciences (LIHS) in 1979, I was one of only five PhD prepared nurses in the country and soon after this, hospital-based nursing education was transferred to Colleges of Advanced Education (CAEs). The CAE’s focused particularly on teaching and when LIHS amalgamated with La Trobe University, I was in a position to start developing a research agenda for nursing at the university. I applied for a travelling grant from the Nurses Memorial Centre and was able to examine research developments in nursing internationally. I spent 17 years at Lincoln/LaTrobe before I was invited to take up the position of Foundation Head and Chair of the School of Nursing at the University of Melbourne where we focused on interdisciplinary clinical research and education for advanced specialty nursing practice.

I was honoured over my career to be placed on the inaugural Victorian Honour Roll of Women, to receive an Order of Australia (AM) and, upon leaving The University of Melbourne, to receive the title of Emeritus Professor. I believe my greatest contributions have been in my focus of advanced practice, in my writings about nursing and in my mentorship of nurses, many of whom now hold leadership posts in Australia and internationally.

I entered nursing at a time when there were fewer opportunities for women and was swept along on the wave of innovations in higher education which opened up new worlds for women generally and for nurses specifically. Now is another time of huge change where nurses can play key policy, practice, research and teaching roles in this era of new and emerging communicable diseases.

I am excited to have been appointed Patron of the ANMC and look forward to supporting another generation of nurses in their clinical and scholarly pursuits. 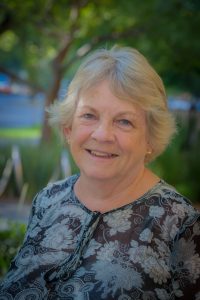 Liz undertook her initial nursing education at the Addington Hospital and the University of Kwa/Zulu Natal in Durban, South Africa. After graduation she worked as a registered nurse in South Africa, London and Queensland. She joined La Trobe University when the Lincoln Institute of HealthSciences became part of the University in 1988 and worked in nurse education at the Melbourne, Albury/Wodonga and Bendigo Campuses before taking the senior roles of Deputy Dean of the Faculty of Health Sciences and latterly Director of the Shepparton Campuses. Her professional interests are in international and rural and regional education particularly providing educational opportunities for students who otherwise wouldn’t have access to higher education.

Barbara has spent the majority of her professional life working in higher education in Victoria, she holds a Graduate Diploma in Administrative Management and a Graduate Diploma in Computing. She recently retired following 10 years as an administrator in a university library and 32 years in nursing education (Deakin University, La Trobe University and Victoria University). Her focus during her latter time in nursing was international students, international experiences for domestic students, international relationships, partnerships and staff and student cultural competency. Barbara worked closely with the transfer of nursing education into the higher education sector, has worked internationally, Thailand and London, and is the Chair of the Melbourne Chapter of the Australia Bhutan Friendship Association. 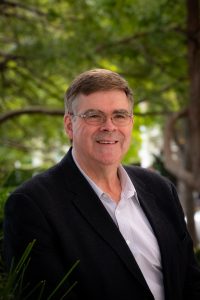 David is a Chartered Accountant who had a long career at a top 4 accounting firm. He undertook a range of roles including audit, corporate finance, risk management and quality systems. Currently he is a financial counsellor specialising in problem gambling financial issues. He is energised by working for fairness and justice for vulnerable people using the skills learned during his previous career. He is also a member of the Australia Health Practitioners Regulation Agency finance, audit and risk committee and the board of Financial Counselling Victoria Inc.

Angela trained as a nurse in Dublin, Ireland. She holds a Degree in Nursing, Graduate Diploma in Health Administration and certificates in Midwifery, Infection Control and Prevention. She is a member of the Nurses’ Committee for Interplast, a not-for-profit organisation which delivers reconstructive plastic surgery in developing countries across the Asia Pacific. Angela has been a volunteer in programmes in Fiji, Laos, the Philippians and recently Mongolia. Angela brings to the board her passion nursing as well as a wide range of nursing experience both in Australia and overseas as well as a diverse range of managerial experience in health care.

Rowan is a graduate in science, dentistry and law. He did his post-graduate surgical training in Melbourne and the United Kingdom. He is in private practice as an oral and maxillofacial surgeon in Melbourne. He founded the Maxillofacial Surgery Unit at Monash Medical Centre in 1987. He has served as President of the Dental Board of Victoria and is a member of the Victorian Civil and Administrative Tribunal. Rowan is an Honorary Clinical Associate Professor at the University of Melbourne where he teaches law and ethics. He is a volunteer solicitor at the Fitzroy Community Legal Centre. Rowan has led an annual surgical mission to Ho Chi Minh City in Viet Nam since 1998, treating cleft and jaw deformity patients and teaching surgical skills and has been a Defence Force Reservist since 1979. Rowan was promoted Air Commodore in 2011 and served 4 years as Director General Health Reserves – Air Force.

Beverley holds a Bachelor of Applied Science in Advanced Nursing (Education) from Lincoln Institute of Health Sciences, and a Master of Educational Studies and Doctor of Philosophy from Monash University. After completing the General Certificate of Nursing at Sir Charles Gairdner Hospital in Western Australia, Beverly worked as a registered nurse in Perth and Melbourne, and as a charge nurse and nurse educator at the Royal Melbourne Hospital before joining the staff of the School of Nursing, La Trobe University. She has extensive experience in nursing education in university, health care and international settings and the strategic development, administration and delivery of undergraduate and postgraduate programs within the context of local and international health care issues and professional regulation. Beverley is a Fellow of the Australian College of Nursing and has been a life member of the Nurses Memorial Centre since 2008.

Cynthea is the CEO of Ausmed Education Pty Ltd, a private company that produces continual professional development activities for health professionals. Cynthea was a founding member of The Continence Foundation of Australia and has been recognised as one of Australia’s ‘100 Women of Influence’ awarded by The Australian Financial Review and Westpac Bank. Cynthea has a Master of Nursing Leadership and recently undertook short courses at Yale School of Management and Harvard Business School. She is a member of the Australian College of Nursing and the Association for Nursing Professional Development, USA. 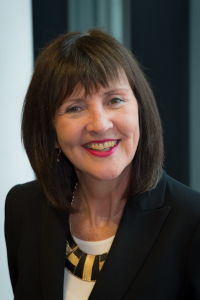 Maxine was Head, School of Nursing and Midwifery and Chair Nursing Development at Deakin from 2007-2019. Interim Executive Dean of the Faculty of Health 2020 and Director, Quality and Patient Safety (QPOS) Strategic Research Centre from 2014-2019. Maxine is a Board member of the Nursing and Midwifery Board of Australia (VIC) and the Victorian Nurses and Midwives Trust. She has had a long career as clinician, educator, researcher and nurse leader. Her contribution to the nursing profession and nurse education were recognised with a Member of the Order of Australia (AM) in January 2022. Maxine continues to help shape and improve the health profession in Australia in her various roles. 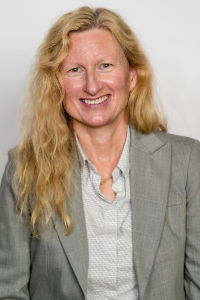 Sue has extensive experience and a successful track record in Nursing covering 30 years in Australia tertiary and regional hospitals. She is accustomed to managing multicultural and multidisciplinary teams optimising varied experiences and skills for education, recruitment and retention, strategic planning to meet the needs of the community. Utilising excellent communication skills, Sue has developed policy for advocacy of nurses and patients within various settings and communities to ensure quality outcomes. 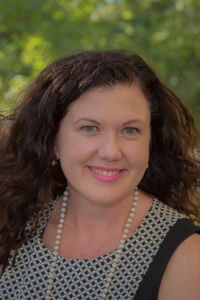 Jessica is a Senior Lecturer in Nursing at Charles Sturt University and was fortunate to receive the Betty Jeffrey Award in 2016 which supported her doctoral studies titled ‘Undergraduate nursing and Indigenous Australian cultural competence: the lived experience of students”. Jessica has extensive experience in tertiary leadership and research with over 40 research outputs including a national textbook. Jessica strives to operate on a reconciliation framework that facilitates respectful and culturally inclusive communication. Jessica’s extensive networks are built on reciprocity and trust that foster the needs of regional communities. 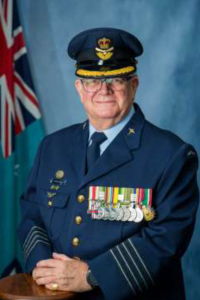