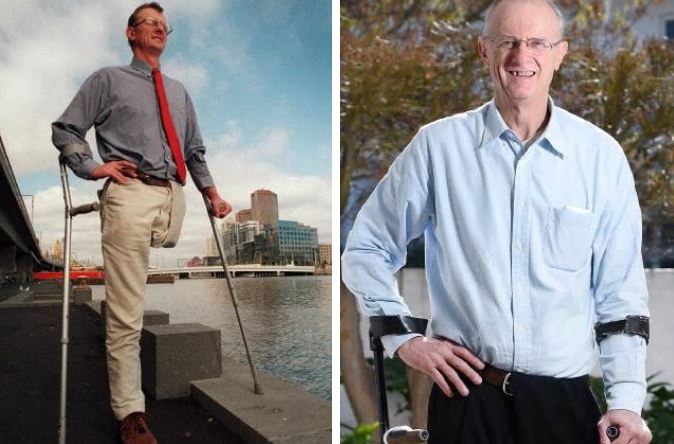 Presentation “The Meltdown Man”  by Mark Dorrity, an inspirational speaker

Can you imagine how it feels to get so hot your muscles actually liquefy?

That’s exactly what happened to Armadale’s Mark Dorrity almost 30 years ago when he collapsed during a fun-run in Wagga Wagga on a blisteringly hot summer’s day.

The media in 1988 dubbed him the “Meltdown Man” because his body temperature had risen to the point that his muscles liquefied and poisoned his kidneys — a condition called rhabdomyolysis.

The fit 28-year-old lost half his body weight within months, and when he finally woke from his medically-induced coma, he found he couldn’t move or talk. For a while he was a prisoner in his own body.

Today Mr Dorrity said he was the only known survivor of the perfect storm that beset his body, which also included a bout of gangrene that resulted in his left leg being amputated, and a rare type of chemical poisoning from his wound dressing.

The event is finished.