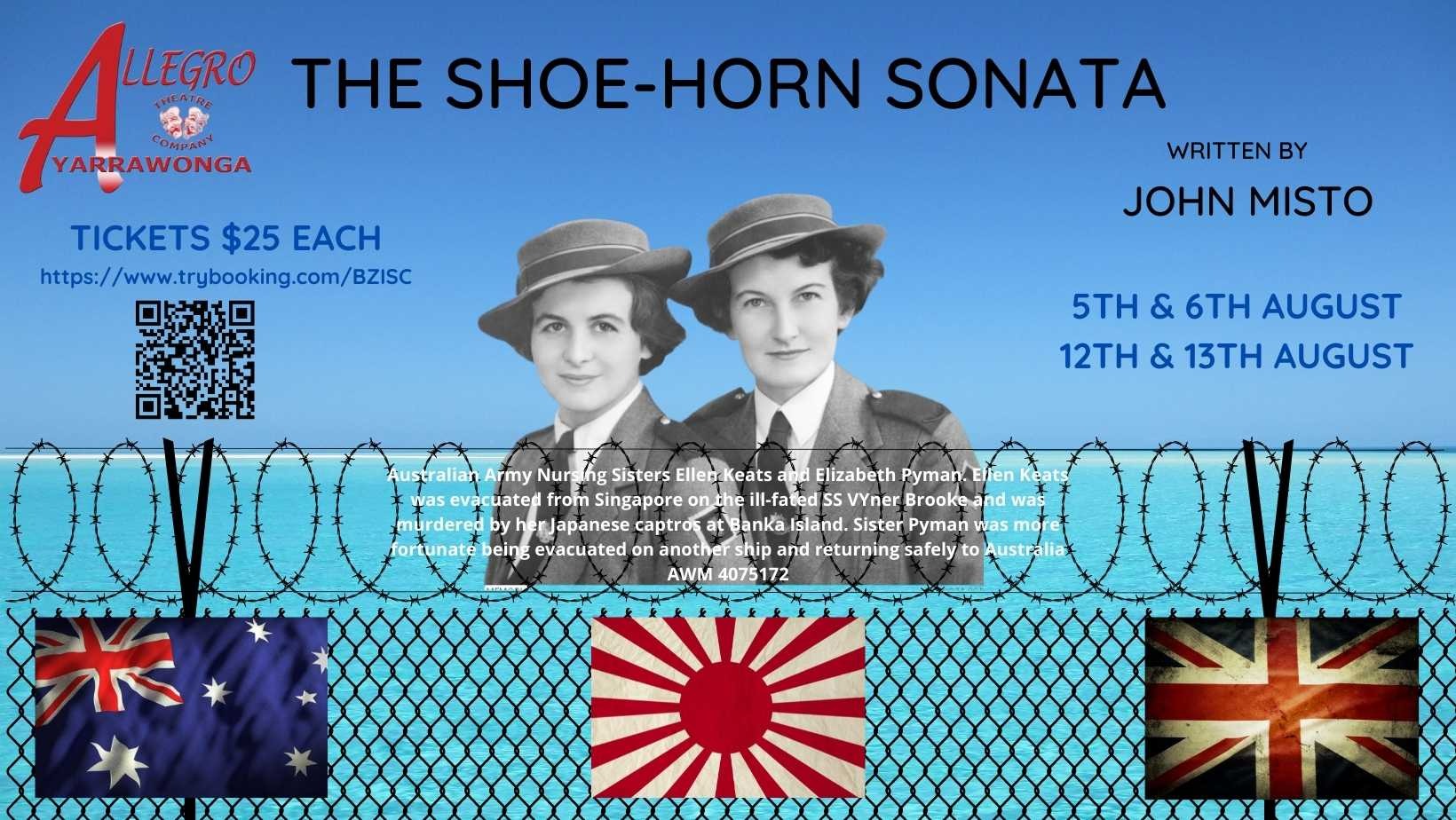 In 1942, 65 Australian Army Nurses were evacuated from Malaya after Singapore fell to the Japanese, the nurses’ ship was bombed and sunk. Of the 53 survivors, 21 were murdered and 32 taken prisoner, to spend the next 3 ½ years with civilian women and children in jungle camps. We meet Bridie and Sheila many years after the war as they share their experiences during an interview. Funny, emotional and poignant, the story of two women, survival and the Shoe-Horn will not fail to entertain.