The Australian Nurses Memorial Centre is proud to offer scholarships for nurses and midwives as part of its mission to act as “a living memorial” by advancing the nursing profession through education. The ANMC provides and administers scholarships for nurses and midwives undertaking postgraduate study by course work or research at an Australian university or other accredited higher education institution. Scholarships applied for in are for study in .

Founded in 1950 by Vivian Bullwinkel and Betty Jeffrey, outstanding nurses and survivors of WWII Prisoner-of-War Camps, the Australian Nurses Memorial Centre (ANMC) was established to honour Australian nurses who lost their lives in the various theatres of wars or humanitarian operations. As part of its mission to act as “a living memorial” by advancing the nursing profession through education, the ANMC provides and administers scholarships for nurses and midwives undertaking postgraduate study at an Australian university or other accredited higher education institution.

An initiative of the Beth Cuthbertson family, proud sponsors of this scholarship valued at $10,000 to be awarded to a nurse or midwife practising in regional or rural Australia. 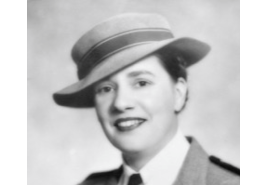 The aim of this scholarship is to increase access to postgraduate study for nurses undertaking further qualifications in patient-centred acute care nursing. 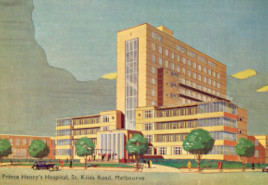 Since 2008 the ANMC has collaborated with the Australian Legion of Ex-Servicemen and Women as sponsor of scholarships for nurses undertaking postgraduate study involving care of the older person or palliative care.

These Scholarships valued at $5,000 to $10,000 are offered annually to a number applicants.

The Anne Murray Scholarship for the Study of Dementia Care

This scholarship valued at $6,000, generously sponsored by Ms Dolores Makris in honour of Anne Murray, will be awarded to a nurse undertaking postgraduate study of dementia care in 2023.

This scholarship valued at $5,000, generously sponsored by Mrs Sandra Dent, herself a retired nurse, to honour her late husband Michael Dent. 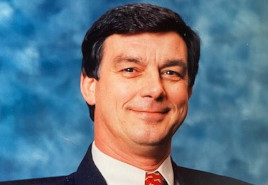 Scholarship applications for are taken between 1st July and 31st August

Scholarship applications are presently OPEN for:

Yes, you can apply for more than one scholarship.

In fact, you can apply for multiple scholarships on a single application form.

Ensure you choose the application that suits your course, either Research or Coursework.

All applications are treated as confidential.

Each application is assessed and scored by two members of the Scholarship Committee. Applications are ranked, and the highest ranked applicants are invited to an interview.

Interviews will be either in person or via a virtual platform.
Recipients must demonstrate satisfactory academic progress by July and December, and acknowledge support from the ANMC and the named scholarship when presenting at conferences, and in media reports and publications related to their studies/research.
No, however, scholarship recipients are encouraged to become members of the ANMC and participate actively in the life of the Centre by joining committees where appropriate and attending events.
Applications are assessed by mid-October; interviews are normally held early November. All applicants are notified of the outcome of their application at the end of November.
You are advised to seek professional financial advice in relation to your personal tax situation.
Yes, a ceremony is held at ANMC on the first Thursday of March; successful applicants are expected to attend.

Sister Mary Elizabeth Cuthbertson was one of the sixty-five Australian nurses evacuated on the SS Vyner Brooke, which was sunk by Japanese planes off Banka Island.

There was no word of Beth (the name she was always called) until two years later when her father received a telegram from the Army Nursing Service that she was missing, believe drowned.

It was not until September 1945 that Beth’s family was notified that she was dead. Sister Vivian Bullwinkel told how Beth had survived the bombing of their ship and had swum ashore to Radji Beach, Bangka Island. Beth was then massacred alongside twenty-one other nurses who were marched back into the sea and gunned down by the Japanese soldiers.

The Beth Cuthbertson family is proud to sponsor this scholarship for a student undertaking post graduate nursing studies at a recognised Australian University, preferably working in Regional or Rural Australia.

The Beth Cuthbertson Scholarship will be awarded annually for five years, with the first to be awarded in 2023. 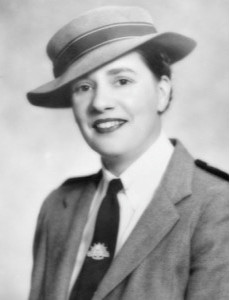 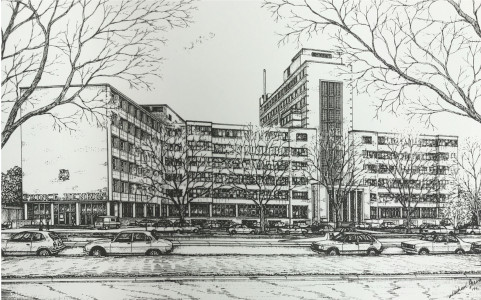 The Prince Henry’s Affiliates Scholarship was established by the former Prince Henry’s Hospital and named in honour of past trainees of the respected Melbourne hospital.

The Australian Nurses Memorial Centre (ANMC) is pleased to offer the Prince Henry’s Affiliates Scholarship for nurses undertaking postgraduate study in patient-centred acute care. Any course of study or research in nursing that aims to improve patient health outcomes or the experience of care in an acute care setting would qualify the applicant for this Scholarship.

The aim of this scholarship is to increase access to postgraduate study for nurses undertaking further qualifications in patient-centred acute care nursing.

This scholarship is generously funded by Miss Marion Kilvert, an ANMC life member.

The Anne Murray Scholarship for the study of Dementia Care

In 2017 the Australian Nurses Memorial Centre introduced a Scholarship in the memory of Anne Murray. Anne was a Prince Henry’s nurse whose career took her to London's Stoke Mandeville Hospital Spinal Injuries Centre. She joined the RAF as officer - medical evacuations and worked in Zimbabwe & Johannesburg hospitals. After retiring in 2010 Anne was diagnosed with early frontal lobe dementia and passed away in 2014. This Scholarship is generously provided by Anne's dear friend and life partner, Ms Dolores Makris.

The Anne Murray Scholarship for the study of Dementia Care is open to nurses undertaking postgraduate study of dementia care at an Australian university or other accredited higher education institution.

The Michael Dent Scholarship is generously sponsored by Mrs Sandra Dent, a local St Kilda Road resident and supporter of the ANMC.

Michael John Dent was born in Hull, Yorkshire England in 1948 and was brought up in New Zealand. Michael attended Auckland Grammar School progressing to Auckland University to study law at the age of 17. Michael had a very successful career, sadly cut short in December 1998 when he died in an accident aged 50.

Sandra herself a retired nurse, continues to take a keen interest in all things nursing and is pleased to be in a position to contribute to the ANMC in the form of this scholarship in the hope that someone else experiences the joy and satisfaction of nursing and midwifery. 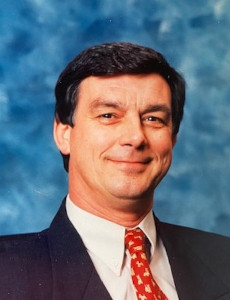 The Australian Nurses Memorial Centre in association with the Australian Legion of Ex-Servicemen and Women, is pleased to offer Scholarships for nurses undertaking postgraduate study in care of the older person or palliative care. The Scholarships are for one year of study at a recognised Australian university.

ALS Scholarships are available to nurses who are either current or ex-service personnel or a family member of a person who has served in the Australian Defence Force at any time. Priority will be given to nurses who are committed to working in a rural or regional area on completion of their study program.

This award to honour Vivian Bullwinkel, one of the ANMC founders, is generously supported by her nephew Mr John Bullwinkel.

Lieutenant-Colonel Vivian Bullwinkel AO, MBE, ARRC, ED (1915–2000) joined the Australian Army Nursing Service in 1941 and was sent to Singapore before it fell to Japanese forces. The Australian nurses were evacuated on the SS ‘Vyner Brooke’ which was then bombed by the Japanese. Survivors clambered onto lifeboats, some being lost at sea, and others came to shore at Bangka Island. Vivian was the sole survivor of the subsequent massacre on Radji Beach and survived more than three years of internment in a Japanese prisoner of war camp

Vivian went on to a distinguished career. She became a pioneer in the nursing profession, devoted to improving the welfare and education of nurses. Vivian served on the council of the Australian War Memorial, and later as president of the Australian College of Nursing. She never forgot those local Malaysian women who had fed her and Kingsley, a soldier survivor of the SS Vyner Brooke. In their honour, she set up a program for women from that region to train as nurses in Australia. Vivian also became Director of Nursing at the prestigious Fairfield Infectious Diseases Hospital in Melbourne.

The Betty Jeffrey Award – Betty Jeffrey, OAM (1908-2000) is honoured through this Award as one of the ANMC’s founders. In 1941 Betty joined the Australian Army Nursing Service.  She was posted to the 2/10th Australian General Hospital, Malacca in Malaya and later to Singapore.  Betty was evacuated from Singapore also on the SS ‘Vyner Brooke‘ which was bombed by the Japanese.  Betty spent two and a half days in the water, eventually reaching the mangroves at Bangka Island.  She was taken prisoner, spending three and a half years in captivity.  Betty managed to keep a diary of her experiences as a prisoner of war which was published as ‘White Coolies’.

After returning home to Melbourne and spending two years in hospital, Betty travelled around Victoria in 1947 with Vivian Bullwinkel to raise funds in order to establish a Nurses Memorial Centre in Melbourne; a place for nurses to meet and further their education. This was a promise she had made in the prison camp: that upon their return, the nurses would create a living memorial to those who did not return. Betty become the Nurses Memorial Centre’s first Administrator in 1949 when it opened, and later its Patron.

The ANMC Mental Health Scholarship is for one year of study in 2021 at an Australian university or other accredited higher education institute.

This scholarship, introduced in 2016, is made possible by generous donations to the Australian Nurses Memorial Centre.  The ANMC recognises the contribution of Aboriginal and Torres Strait Islander nurses to the health and well-being of the community.

We are pleased to continue support of our Indigenous Nurse Scholarship for Aboriginal and Torres Strait Islander nurses undertaking postgraduate nursing studies at an Australian university or other accredited higher education institution. 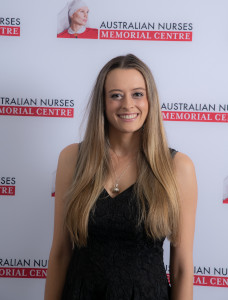